All of Sebastopol becomes Peacetown, USA, every Wednesday evening from 4:30-7:30 from July 7 to September 8, 4:30-7:30 pm. This year, Peacetown is a multi- stage event, mostly centered around venues at the Barlow, but all of downtown is getting into the act. Peacetown festival goers can enjoy the many art galleries, including the world class Sebastopol Center for the Arts, take a walk at the the Laguna de Santa Rosa (right next to the Barlow), visit Patrick Amiot’s sculptures on Florence Avenue,  or enjoy at movie at  Rialto Theatre.  Peacetown has morphed into a festival celebrating music, art, fine food, nature and our rich, diverse culture — and, as always, admission is always free! 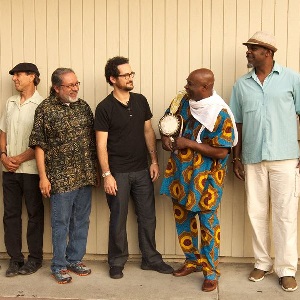 Led by renowned Nigerian percussionist and songwriter, Onye Onyemaechi, these diverse and professional musicians play a music that is a celebration of body and soul. With an captivating blend of influences ranging from Afrobeat, Funk, Jazz, and other global grooves, The Messengers perform nationally and internationally for a wide range of audiences including festivals, clubs, universities, corporate functions, parties, and other concerts.

Igniting dance parties across the North Bay and beyond, Burnside blends funk, rock, and soul to bring good people together. From smooth and sultry to rock-your-socks-off, they invite you on an intoxicating musical journey of original tunes, channeling everything from Cake to James Brown to Amy Winehouse. Bassist Andros Howes towers over the stage, a funk-fueled, barefoot, groove-making machine. Guitarist Nash Weber, as busy on the pedal board as on his strings, serves up tasty riff after tasty riff. Soulful matriarch Jeanna Collet adds the vocal sweetness these boys need, but don’t be deceived: she’s got spice when ya need it most–watch out for that tambourine! At the drums, whether he’s putting costumes on or taking them off, Jason “Gigi” Berkman keeps the beat driving with mischief, magic and marvelousness. And jumping around at the mic, rhythm guitar in tow, Evan Wiig tells intimate stories about lives you might know, anthems for a movement, and occasionally you might catch him growling. But whatever the topic, whatever the style, wherever the party, “you can’t not dance to Burnside.”